“F*** yeah, let’s do it.” The creators of ‘Shapes’ banter about creative chemistry, good horror, and crafting brain gore from a grape

We talked plot. We talked ego. We talked a little bit about why Noel Savoy looks so good filming himself topless in bed.

The common theme running through the best collaborative art you’ve ever seen is that it wasn’t for money or status, but that a few people passionate about the same thing got together and their chemistry sparked the fire. That’s the relationship between the creators of the new short horror film Shapes, directed by John Kellar and Tyler Posey and written by Noel Savoy and John Kellar with effects by visual effects artist Kevin Conlon.

John, Noel, and Kevin sat down (or laid in bed) to reflect on Shapes, a film about a shapeshifting entity that has a habit of preying on the flesh of its roommates. A reflective conversation on the making of Shapes evolved into a discussion about what makes effective horror, meshing as a collaborative team, and how some of the best lifelong relationships are forged when the willpower to create something is greater than anything else.

Noel and John recall the inception of Shapes:

Noel: It all started one summer afternoon when John gave me a call saying he got a new Blackmagic camera, and he wanted to shoot something. So I scurried on over there because he lives down the block and we just talked shop for a day and kinda wrote the skeleton of a script. Literally a minimalistic premise – minimalist dialogue. John really wanted to shoot something with minimal dialogue, so we sat down – started talking about some concepts.

John: I think you came over at 3 o’clock – and we were just like, what kind of shots do we want to do? I literally gave this notebook to Noel that had a couple different notes on it. I was like, you write something – I just gotta get this camera set up. I just wanted to film something. He basically wrote this conversation…we just ran with it. I had an idea that I wanted it to be horror. And I wanted to mess around with lights. So let’s fuck with lights, let’s film something scary, and let’s move with it.

Kevin, John, and Noel describe the glee of crafting homemade practical effects, in this case, a scene where a character has a brain gland plucked from his head:

Noel: The practical aspect of that – we took a grape and skinned it–

John: No, we never skinned it!

Noel: Anywho, we had a grape and put some fake blood on it. And it’s just a grape covered in fake blood, and it just looks like a gland of some sort. And the blood is like, minty, so John got to eat a minty grape. I think just little thoughts and quirky creative choices like that are what I’m talking about from really caring about your project and looking for that hair that makes it look just a little more “authentic”.

Kevin: As far as the blood goes, that was just something that was like I already got to enhance what they had filmed there, so a lot of it was makeup that they had set up on set, and all I really did was go in there (in VFX) and I blended the makeup a little bit better on Noel’s forehead, added like – when you see him grab his head initially, a little squirt comes out of his head – adding a couple dribbles of blood as you see it build up over his face. 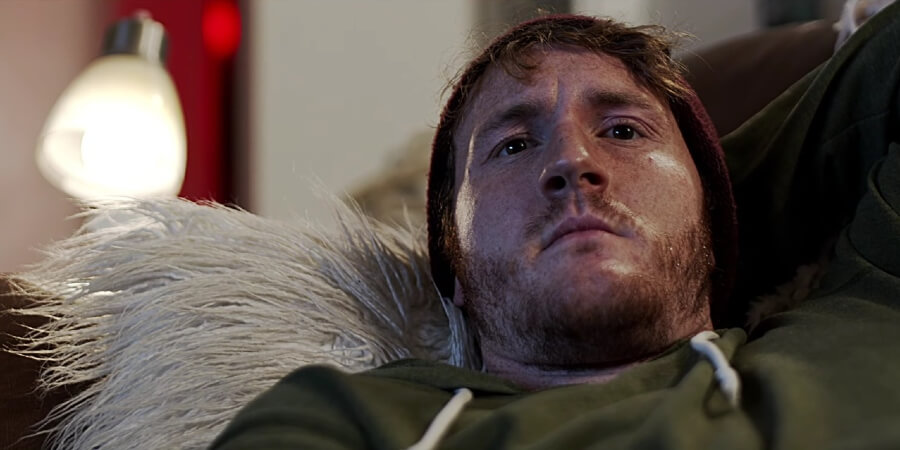 On the critical component of working with people who are passionate about striving to make everything they do better:

John: Kevin – he’s a pro, obviously. He’s exceptional at what he does. The Shapes short wouldn’t be what it is without his touches of brilliance on the VFX.

Kevin: The reason why I like working with these guys so much is like, I can feel how much fun they’re having while they make it. It also turns into a fun project that we can look back on and be proud of.

Noel: I think Kevin’s like, “how can I make this better?” That’s one of the reasons I love working with him, too – he doesn’t just do the job – he sees and suggests things, and kind of ascertains, “oh, they probably wanted to do this as well, or they probably would like this”. At the end of the day, we were extremely happy with how this short came out, and the VFX was just the icing on the cake for that.

Kevin describes what he sees as the ideal complementary role for VFX in a film:

I helped them out with a bunch of shorts that they shot for their comedy channel and did the occasional visual effects for it. It was always great for me because the reason why I enjoy post-production, or some parts of it, is when it’s used to enhance the storytelling that’s already there. What I think Noel and John do really well with their films is the visual effect isn’t driving the narrative – it’s more about the tech-y and on-set stuff that helps them achieve a certain look. What keeps me inspired and keeping working with them is because I enjoy that aspect of filmmaking quite a bit. They do want to play around with the gadgets and make things look better on set, which I appreciate as an artist.

When asked what makes an authentically good horror film and how comedy plays a role in horror:

John: Plot. Plot and character development. I really do believe that – I mean – the Blair Witch Project, you don’t see shit, right? That shit to me was horrifying. Like, why the F did I do that to myself? But there was no gore, there’s no nothing. It was just plot, and then the sequel was terrible.

Noel: I think what really makes a good horror work or the genre work is that, on his (John’s) character and motivations and plot, it just needs to feel grounded and all baked into the same cake. Like in Scare Tracks (Scare Track Comedy), I play this kind of goofy doofy dude, but it’s still me, and what would that guy do in these situations? And that’s why it works. You couldn’t really put Sly Stallone in there. I think people buy the premise because…the way we execute it in our goofy manner and the style we do with the laugh tracks and make it kind of corny, kind of carries it from moment to moment, and you believe that these guys would do that.

John: Not just to have fun with it if you’re doing horror, but I think horror needs comedy. It respects comedy.

Kevin: It’s all about timing.

John: It is. You can’t just have a horror film that’s 100% horror from beginning to end – you can’t. I think that’s too—

John: Take that, and how do you feel about halfway, three-quarters of the way through that film? Really unsettled. Almost like you haven’t had a break. Okay, like in Shapes – there’s no real comedy, right? There’s no actual jokes, but—

Kevin: I like when Noel talks to the bush.

John: Yes! There’s moments like that like, “Ah, I can relax for a second. I don’t feel pressure”.

Kevin: I think horror and comedy walk hand in hand, the whole aspect of – it’s all about timing and plot and setup and ultimately a bigger payoff. When I think about all my favorite scary films, it’s usually the ones that have a little more comedic side to it like Scream, Cabin in the Woods…why I think Jordan Peele is one of the best directors in the business right now. He has a comedic background then goes into making some of the best horrors that we’ve seen.

John: If you want to know the rules of a horror film, my God, just watch Scream. Seriously, he nailed it. That is the most meta and un-meta movie I’ve ever seen, which is probably why it’s one of my favorites.

On the power of acting on your imagination and being driven to keep creating:

John: My idea of hanging out with friends these days is getting together and, you know, writing something, and getting a good script idea down, and filming. When I invited him over that one day to film Shapes, it was literally like, “I’m bored, I have nothing to do, you wanna come down this?” He was like, “FUCK YEAH, let’s do it”.

Noel: When you find the people that you do mesh with and work with, it’s tough to not want to work with them again.

Kevin: One of the things I miss most about living in Los Angeles was living with Noel, and just their creative drive. And everything that they had along with that was just the ability to pick up any phone or camera and just film something really quick. Just for the sake of creating something. That was really inspiring.

Shapes just finished its festival run, where it was a selection for eight festivals for its short horror format and won awards in four of them. Follow John, Noel, and Kevin to see what they’re working on next, and watch Shapes here on Youtube. 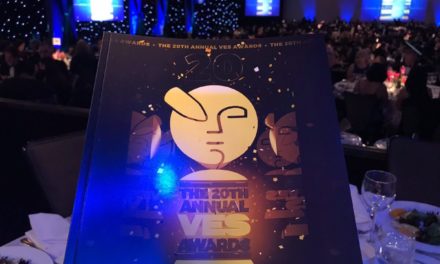 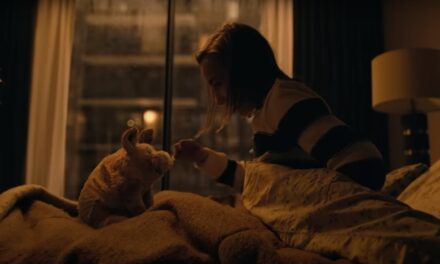 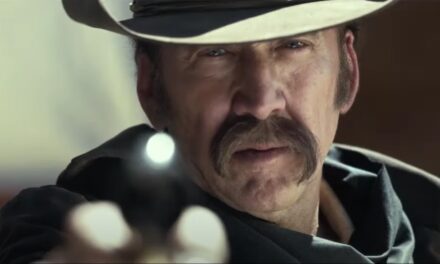 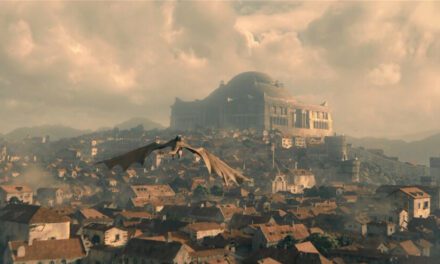 From ‘Sinbad’ to ‘House of the Dragon’: Marking VFX eras by the aesthetic evolution of the CGI dragon